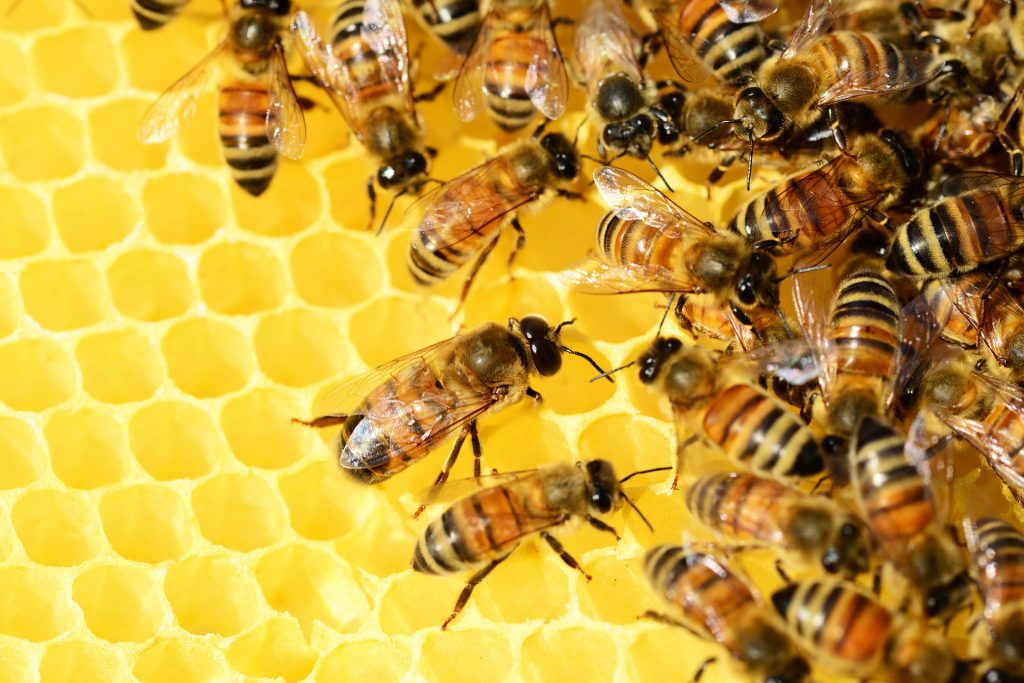 Honey Bees, their urgent problems and some solution

Perhaps the domestic species on which the dramatic climate changes we experience have the greatest impact is the common honey bee (Apis mellifera). The too mild winters, the protracted drought and the concentration of rains in short periods that recall the seasonal trends of tropical climates, upset the normal flowering calendars and bring bees and beekeepers to their knees. In Italy, the local variety of Apis mellifera, the famous Ligustica, has adapted over the long centuries of climatic optimum following the last glaciation, evolving the extraordinary aptitude for early development of colonies capable of breeding tens of thousands of foragers ready to harvest extraordinary nectar. Very prolific queens and very vigorous colonies have taken full advantage of mild springs with varied and abundant blooms supported by a balanced alternation of sun and rain. What for centuries has been the extraordinary gift of Ligustica that has determined its spread on a planetary level, today with these changed seasons, seems to be a cumbersome inheritance to get rid of as soon as possible by looking for a different bee model. In fact, families that grow out of all proportion require large imports of nectar for the maintenance of broods, which the inclement seasonal trend denies just when it would be most necessary. It is indicative that in 2021 for every kilogram of honey produced many beekeepers had to administer 1.5 kilograms of syrup to the colonies for the sole purpose of preventing them from collapsing from starvation. This changed scenario requires, especially on the part of professional beekeepers who carry out their business activities in this agricultural sector, a new and formidable focus on the “selection” component of their business. Today it is necessary and urgent to select our varieties of bees so that they produce while minimizing the devastating impact of the climate. But here, compared to other domestic species raised by humans, bees have an additional difficulty. In fact, the virgin queens mate during their nuptial flight with 10 or 20 drones coming from a large territorial district and completely beyond human control. And the central moment for any selective activity is precisely the control of reproduction. Although in other breeding realities, such as that of Carnica (another variety of Apis mellifera present in the former Austro-Hungarian world), isolated fertilization stations have been well-established for over a hundred years and are populated exclusively with drones of proven superiority genetics, this culture is slow to take root in us. The fertilization stations are integrated there in selective schemes participated by the community of local beekeepers. They evaluate the performance of the colonies and choose those from which to breed the queens that will produce the drones (the Drone-producing Queens, DPQ) and that will be placed in the breeding stations.

The implementation of a selective scheme model with its relevant corollary of phenotypes, genealogy records and genetic evaluation of candidates with the most advanced analysis technologies, were focused in a first Beenomix Project funded by the Lombardy Region which IBBA-CNR participated in partnership with UNIMI and some Lombard beekeepers. In this project, use was made of a fertilization station for which a specific Regulation was prepared and a specific Municipal Ordinance was acquired to inhibit access to the area to other nomadic or permanent beekeepers in order to guarantee full control. of the origin of the drones present. In a second Beenomix 2 Project, conducted with a similar partnership and also financed by the Lombardy Region on the 2014-2020 Rural Development Plan, the horizon was expanded by setting up a mating area open to all Lombard beekeepers in order to allow a wider audience of breeders to benefit from the quality of the Beenomix selection. Naturally, both projects also had various other objectives, the most important of which was perhaps a survey of the Italian beekeeping population in order to recognize the subdivisions into different genetic types, the degree of their mixing and the possible presence of local ecotypes that both fascinate many beekeepers. The analysis conducted with over 44 thousand SNP markers allowed a clear clustering of the individuals sampled as well as some important reflections on the biodiversity of Italian bees for which reference is made to the original article (Minozzi et al. Whole-Genome Sequence Analysis of Italian Honeybees (Apis mellifera), Animals 2021, 11, 1311. https://doi.org/10.3390/ani11051311). 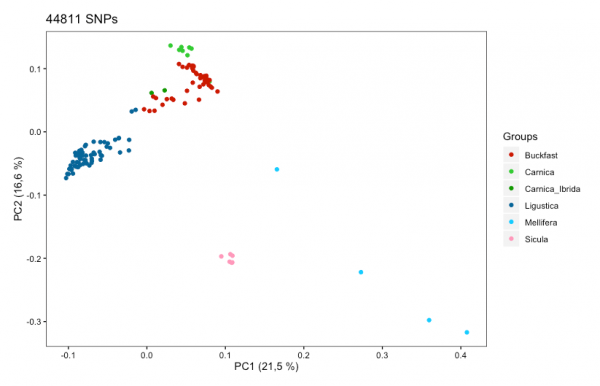 The selection, a rule that applies to every species bred, is usually conducted “within race”. In Italy, the Ligustica, as a majority taxonomic group in the Peninsula, appears to be in good health. However, it is necessary that beekeepers understand the urgency of the need to plan on a rational basis serious selective schemes to cope with climate change that will stay for sure with us for a long time.